Socializing season had finally come to an end and I was ready to head out on my own again. Off to McCall, Idaho I went, which would turn out to be my last stop of my Idaho summer.

I had visited McCall in 2015 and put it on my list of places I wanted to return to. Turns out McCall was a disappointment the second time around, but I’m getting ahead of myself.

I decided to make the trip to McCall in two parts. A spur of the moment decision had me heading up Stanley to overnight at the spot I stayed for the eclipse. Dave and Kelly, who I had been staying with in Ketchum, were headed to Stanley for a couple of weeks so I decided to join them for their first night. And it would make my trip to McCall a bit easier, as it is a longish one-day trip for me. 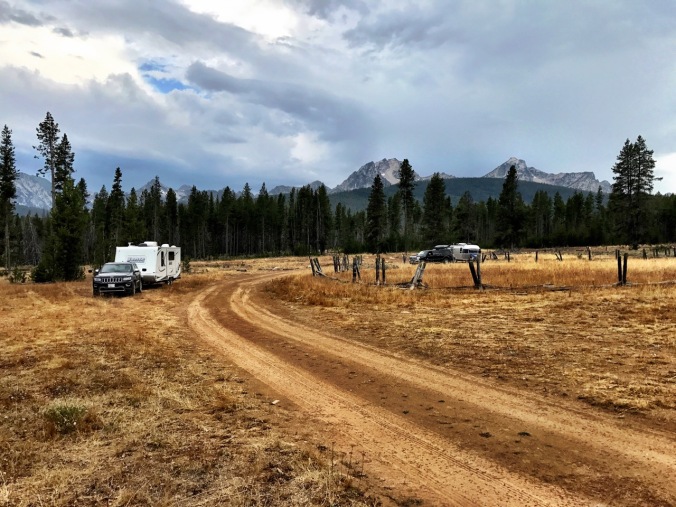 For a lot of the summer I had been thinking of going to McCall. I really enjoyed my time there a couple of years ago and was eager to spend some more time there.

I had no idea exactly where I was going to stay, but I scouted out (via Motor Vehicle Use Maps and Google Maps satellite view) and had found some places I wanted to check out. There were no close in boondocking spots on any of the typical websites I use to find such locations, so I was on my own to find the right location.

Once I arrived in McCall I headed up a Forest Service road I had ‘discovered’ via the means I mentioned above and dropped off my trailer. This allowed me to scout the area without being worried I would get stuck. After driving around a bit I settled on a spot on a fairly busy Forest Service road with great solar. 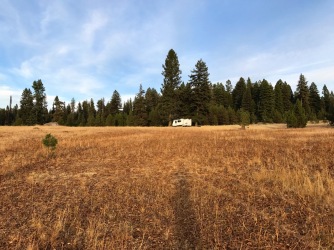 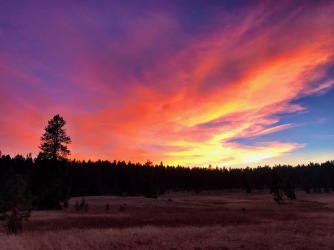 Logging was taking place a bit farther up the road, so there was some heavy truck traffic during the day. For some reason this didn’t bother me, where I usually am annoyed by lots of traffic going by my site. And there was plenty of traffic as this turned out to be a popular area with the locals. No idea why I wasn’t annoyed – probably just glad to finally be alone.

This time around McCall didn’t grab me like it did the first time. I just didn’t feel it. And I was more than happy to only spend 8 nights there.

Kelly showed up after I had been in McCall for a handful of days, and camped at a location about 1/2 a mile up the road. After a few more days we decided to head out. The decision was made while having pizza for dinner at a local restaurant.

I had been eyeing the weather and wasn’t too excited about the snow forecast for that night and the next morning. Not having 4 wheel drive vehicles means we have to be super careful to not get our rigs stuck. The thought of being in snowy weather and having no idea when we might be able to leave sealed the deal for us.

In an uncharacteristic move for us, we left that evening for Washington.