I needed to see the Oregon coast, so I made a beeline for it. Originally I was going to turn north once I hit the coast and head towards Tillamook for cheese and another aviation museum. Time was an issue, and I really didn’t need to see the museum after checking online what they had (though, a guy could always use some cheese), so I turned south to Newport for 3 nights.

Side note: I went to the Saturday farmers market and found a booth with the most gorgeous display of veggies that I have ever seen. Seriously. Yes, it’s the little things in life… 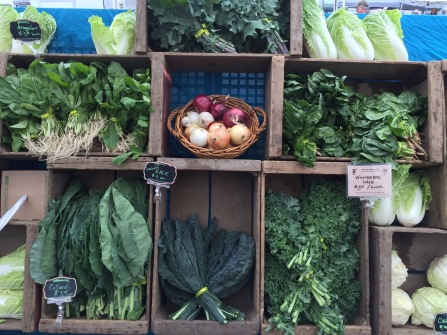 It was a summer weekend when I arrived, so the 208 sites at the Port of Newport Marina & RV Park were full, which meant I stayed in the dry camping area. Not more than a big asphalt parking lot and offering no utilities, the dry camping area offered a free-for-all environment with a great view of the Yaquina Bay Bridge and easy access to the Rogue Brewery. Basically you parked where you wanted, with the choice front row filling up first (I ended up one row back).

My rig in the center

Me at the dump station in front of Rogue Brewery 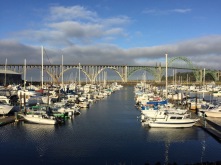 North side of bay from pier

Marina & RV Park from north side of bay

This was the perfect location to explore the area. You could walk to the marine science center, the aquarium, and explore the marina. And if you were so inclined, you could hoof it over the Yaquina Bay Bridge to the north side of the bay. I opted to drive. 🙂

The Yaquina Bay Bridge is one of the most recognized bridges on the Oregon stretch of the 101. The bridge spans Yaquina Bay (I’m pretty sure you could have figured this out on your own!) and is due west of the RV park. Front and center to where I was staying. And it’s gorgeous! Seriously. I don’t normally have a thing for bridges, but this one does it for me. Don’t ask me why as I don’t know…

I saw the bridge in fog and in sun. From the east looking west from the RV park and from the west looking east from Yaquina Bay State Park. I saw it from all directions and decided it has no bad sides. Most of us should be so lucky! 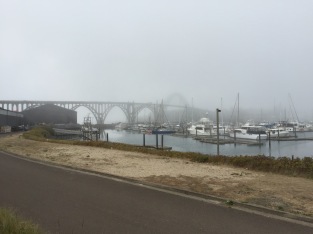 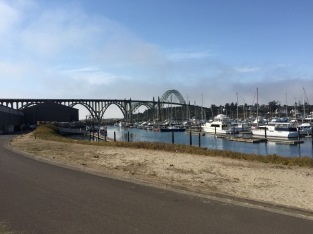 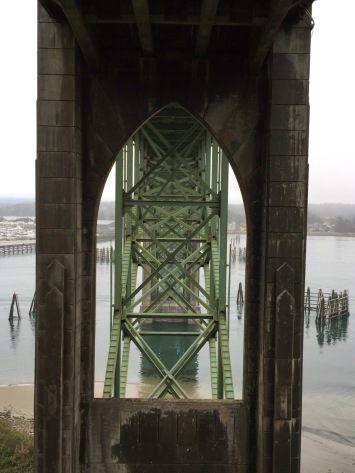 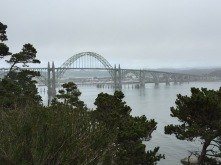 From north side of bay

From pier at marina

From pier at marina

Due west of the RV park, just beyond my new love the bridge, was the Yaquina Bay State Recreation Site (fancy words for a day use state park), which has a fabulous beach and a unique lighthouse.

The Yaquina Bay Light is unique in that it is one of the very few that had the living quarters in the same building as the light. The living quarters are available to tour, but the actual light isn’t. Oh, and according to the above Wikipedia link, it is haunted. Huh. I had no idea. No ghost sightings for me! 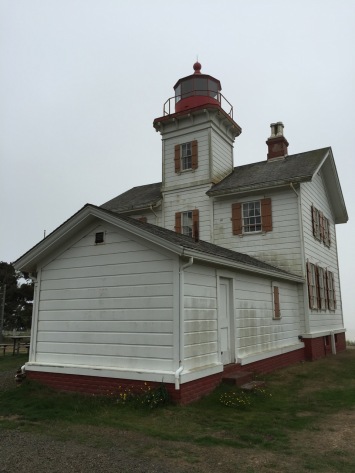 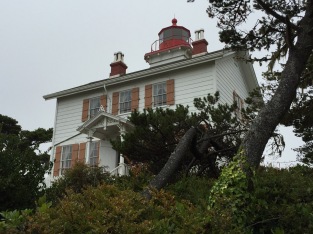 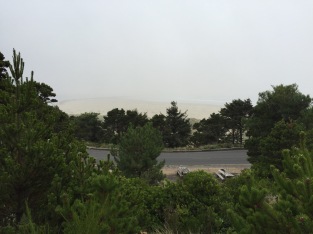 View of beach from lighthouse – trust me, it’s there

After the lighthouse, I went for a walk on the beach. Nice wide, sandy beach. And strolled on the north jetty, that protects the mouth of Yaquina Bay. I also gazed at the bridge. Did I mention I kinda liked the bridge? 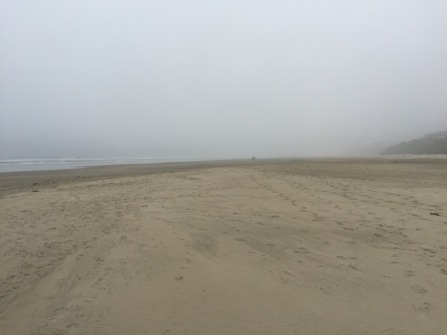 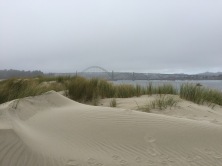 Fishing boats coming back into the bay 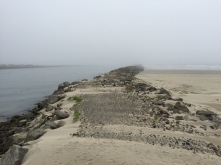 The South Beach State Park is due south of the Yaquina Bay State Recreation Area, on the other side of the entrance to Yaquina Bay. It has a couple hundred campsites, but being a weekend, it was full. But it did have a nice beach that I walked on for a while. In the fog. This part of Oregon sure liked being foggy, even in summer. 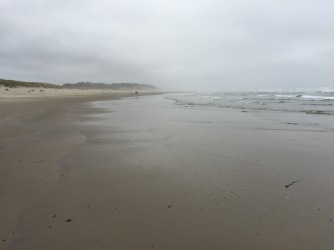 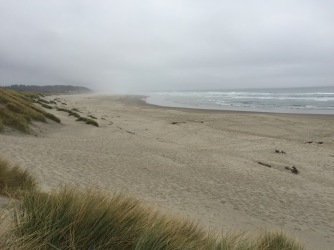 Saturday afternoon after work I headed to the north side of Yaquina Bay to explore the Newport waterfront. There is a large commercial fishing fleet in Newport, a Trident Seafoods processing plant, and plenty of opportunities to buy seafood fresh of the boat. And they have sea lions. 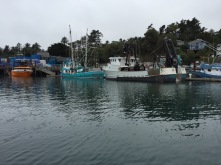 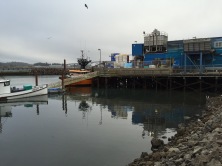 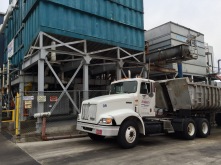 California Sea Lions love Yaquina Bay, despite it being in Oregon (guess they don’t know what type of sea lions they are). They are so fond of the area that they hang out on docks made specifically for them right on the bay front. This is a bit of a tourist attraction as people gather to watch the sea lions be noisy and smelly and do their sea lion thing. These creatures also can be found on the commercial fishing boat docks.

Hanging out on a commercial fishing dock

Sea lions on the breakwater

About 10 miles north of Newport is Devils Punchbowl State Natural Area, an 8 acre park with a beach and a large natural bowl that waves enter and do what waves do in a confined space. I was there at a lower tide, so the bowl wasn’t seeing much action, but I did enjoy an nice stroll on the beach. 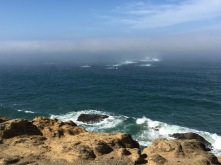 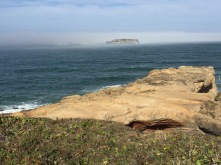 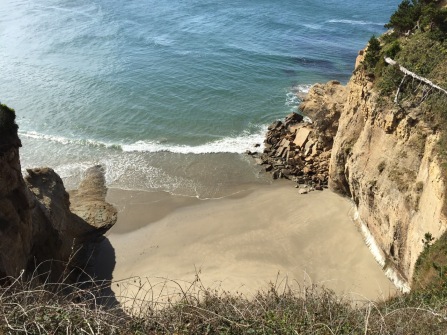