Port Townsend is a little city perched on the northeast corner of the Olympic Peninsula, the relatively unpopulated arm of land across Puget Sound from the Seattle metro area. I was looking forward to spending some time in Port Townsend as it is a place I had visited (but don’t remember) many years ago, and came highly recommended by some fellow nomads.

There are two ways to get to Port Townsend from the east side of Puget Sound. You could drive waaaaaaay down around the south end of Puget Sound, or you could take a 35 minute ferry ride from Whidbey Island. I drive plenty as it is, so the ferry it was for me!

While I had recently been on a couple of Washington State Ferries visiting both San Juan Island and Orcas Island, I had yet to take my house on a ferry. Oh, scratch that! I did take my rig on a ferry to Port Aransas for Thanksgiving 2014, but I had never taken it on a large ferry. Across a decent stretch of water.

I got in line for the Coupeville Ferry nice and early as I had a made a reservation for a morning crossing. The ferry departs adjacent to Fort Casey, which I had explored the day before. 35 minutes later, we were pulling into Port Townsend and I was off to spend 3 nights at a campground on the water. 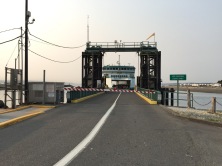 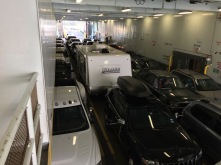 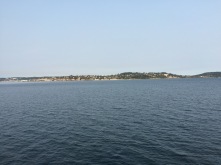 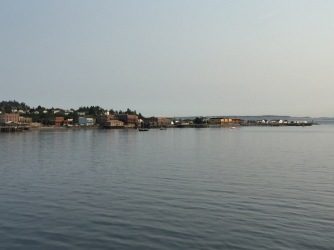 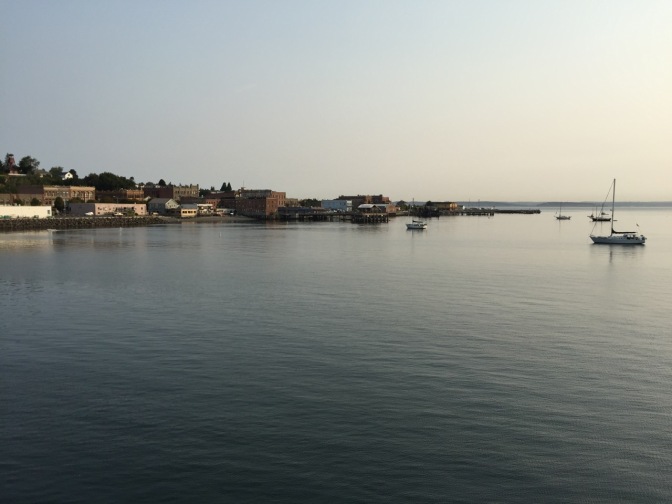 One of the most popular places to stay in Port Townsend is the Port Hudson Marina & RV Park, which is a city run campground with campsites on the north end of the marina. There are the expensive sites that have a great view of the water, right on the beach, and there are the cheaper sites (cheaper being a relative term) that are a row or two back from the beach. There was only one site open when I called for a reservation – one of the cheaper sites set back that I could get for just 3 nights.

There is nothing glamorous about Port Hudson RV Park. It’s all about location, location, location. Located right on the water and steps from town, it doesn’t get better than this. Never mind you are pretty much on top of your neighbor. Sometimes you sacrifice privacy for location.

My friends Kate and Iain (aka The Scenic Route) were there at the same time I was, so they invited me over for dinner one night when great fun was had. I last saw them back in the Tetons, a couple of months before.

View from my front window 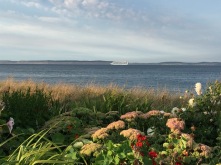 Garden at next door B&B 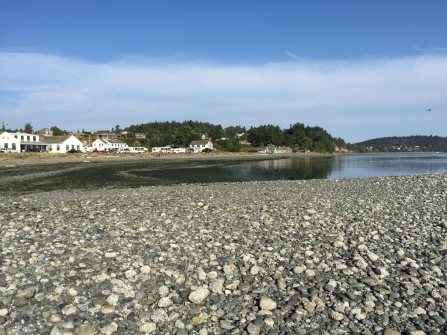 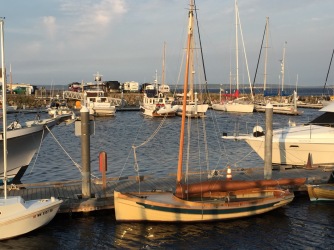 Marina with campground across the way

Kate, Iain and me

Back in the day, Port Townsend was a booming seaport. Not so much now. Instead it is known for its waterfront, Victorian buildings, wooden boats, and proximity to Fort Worden. It’s a popular tourist town that fills up on weekends (and summer weekdays) and is a very cool place to hang for a while.

I explored the town by car and by foot. I worked a couple of days at coffee shops in town and enjoyed wandering the waterfront enjoying the relaxed vibe.

Looking across at Fort Flagler

Reminds me of my time living in North Carolina 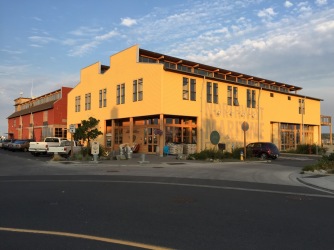